Our part in protecting lives.

In 2020, a major explosion in the port of Beirut estimated as the equivalent of between 1,000 and 1,500 tonnes of TNT was witnessed. The explosion in Beirut was one of the largest man-made non-nuclear explosions ever witnessed and created widespread devastation through a supersonic blast wave radiating throughout the city. 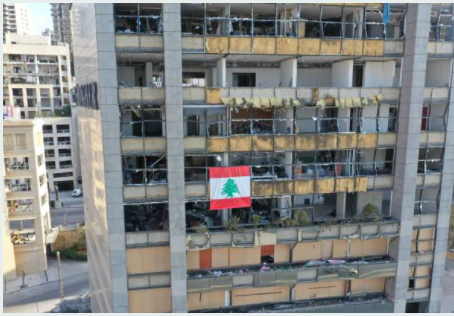 Fortunately for some, Security Blinds Secur™ were fitted to a number of windows throughout Beirut and while these were originally fitted as counter terrorism measures, the benefits of having these installed were clear.

In one building, images showed the difference in protection between “blast film” and Secur™ blast blinds where the blast filmed windows had significantly fragmented and caused damage to the interior offices whereas the offices fitted with Secur™ blast blinds “it looked as if nothing had happened” (quote from client).

We are very prou

d of the performance of our blinds in this particularly significant event and the injuries and deaths that were avoided as a result of their installation.